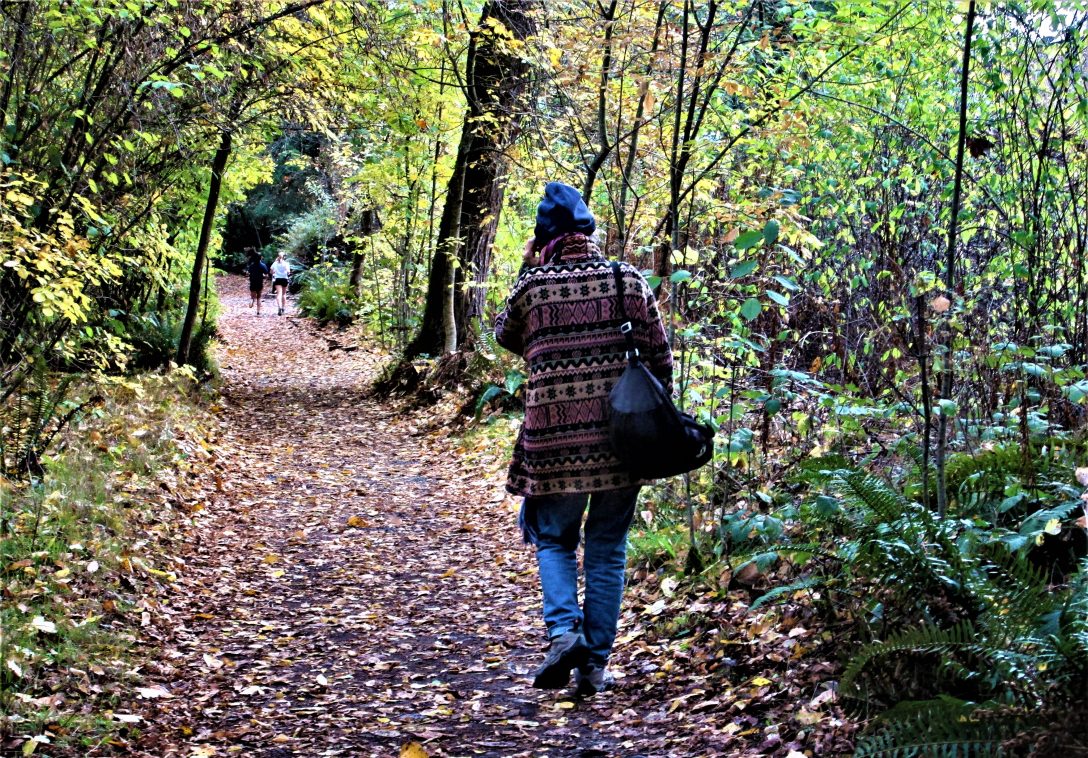 Whether you’re an exile (forced from your home) or a voluntary immigrant, living in a country where you weren’t born, keeping knowledge of your native tongue alive, and passing it on to your children is important. Your language defines who you are. You may take on a new persona in your new home, but you will always also be the person you were born.

Many children of exiles and immigrants, not just Latvians, but exiles from everywhere, resist learning their parents’, native tongue. I was one of those kids. But I didn’t resist very hard when my father insisted that we speak Latvian in our home–perhaps because I love languages and words. Or because speaking our language in public was like speaking a secret code. My father said that someday I’d be glad to be able to speak my mother language. Mother language–mātes valoda–is the Latvian term for your native language. My father’s attitude was–because you’re a Latvian, you must speak the language. If he were here today, I’d tell him that he was right.

Unlike my father, my uncle, who wound up in exile in Australia did not insist. His reasoning was that he and his wife and children had become Australians, therefore, it was important to be able to speak good English. Speaking English with their children would help the parents perfect their language skills. No doubt it did. Even though we spoke Latvian at home, my parents learned to speak English just fine. The fact that they both worked among English speakers helped. Reading American newspapers and watching TV also helped. They still needed my assistance with new words and writing letters, but speaking Latvian did not impede me from learning good English. All my schooling was in English and I had American friends.

It seems to me that my Aussie uncle unintentionally did his children a disservice and not just because scientists have confirmed the benefits of speaking two or more languages have on the development of a child’s brain. When you lose your language you lose your entire culture. You lose a part of yourself. Having two cultures enriches a person’s life.

Losing your language means losing your literature–novels, folklore, poetry, and sayings. Your history is not the same in someone else’s words. Losing your language means losing songs. Latvian culture would be nothing without its songs. We have thousands of folk songs that address every aspect of life–work, play, family, birth, love, death, war, and peace. Songs tie us together as a nation, no matter where we live or what country we’re citizens of.

Losing your language means losing terms of endearment. Latvian is a language rich in diminutives and affectionate nicknames. I feel sorry for my American friends who might have one or two nicknames. For us Lettiņi (a diminutive for Latvians) the more nicknames you have, the more you’re loved, or at least liked. I’ve had Latvian friends whose language skills are weak and who are nickname deprived ask me to come up with Latvian nicknames for them. I’m glad to oblige.

My grandmother stayed in Latvia. Knowing our language meant that I could write to her and read the letters she wrote to me.

When I visited Latvia, I did not need anyone to translate for me. I could speak with my aunts, uncles, cousins, and other members of my extended family. I can Skype with my cousins in Latvia. We can even sing our favorite folk songs together over thousands of miles and feel connected.

Another reason to learn the language of your parents is for when they get old. If they develop dementia, they often lose their second language. Many of us children of exiles have to translate for parents and other relatives when they wind up in nursing homes. They’re less lost when they can speak their own language with someone. You can even sing a beloved folk song to them to cheer them up.

Whatever your mother language is, even if you’re not living in the homeland of your ancestors, I urged you to teach your children your native tongue. They’ll be glad you did. I know from Latvian friends who never learned their language that they regret the loss. If you yourself didn’t learn, it’s never too late to start. It doesn’t matter if you don’t achieve fluency, your life will be richer if you learn even a little.

5 thoughts on “Cherish Your Language”